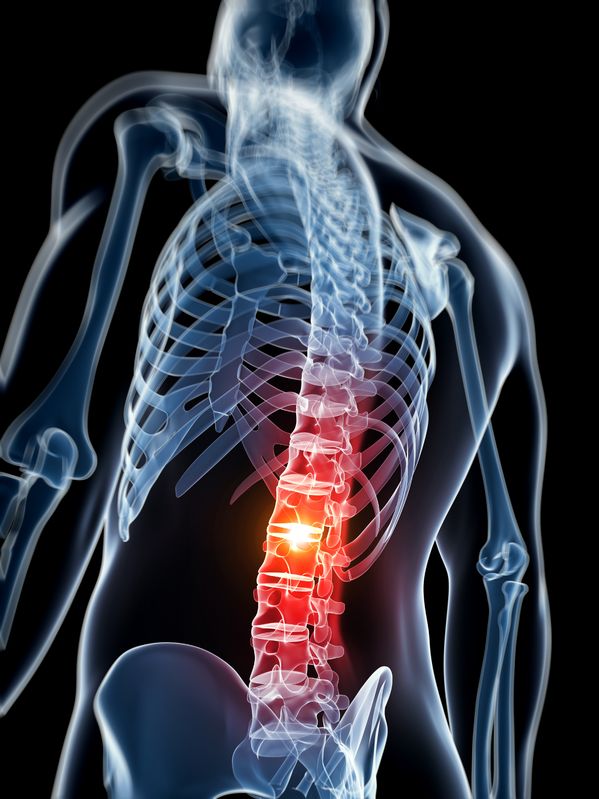 Low back pain is a common medical complaint and, in the United States alone, more than 5 million people are disabled by low back pain, half of these permanently. Low back pain affects most people at some point during their lifetimes. It is the second most frequently reported illness in industrialized countries, next to the common cold. In fact, it has been reported that 80 percent of the general U.S. population will at some time suffer from low back pain, and 20 percent are suffering at any one time.

It is known that weakening of the spinal ligaments precedes disc herniations. For a disc to herniate, there must first be a primary ligament weakness and a deteriorating disc. This also leads to decreased disc height. In addition, the ligament that holds the disc in place becomes lax and weakened. As a result, the joint becomes unstable and more likely to herniate.

Ligaments hold the disc in place, so if the ligament weakens, the disc can move. Although initial onset of disc herniations is usually extremely painful and acute, in a few days to a few weeks, the protruding disc segment slowly shrivels away. In fact, with or without treatment, most disc herniations reabsorb and resolve within two to six weeks, with up to 90 percent back-to-normal activity within one month regardless of treatment. However 10 percent of individuals go on to have chronic low back pain that includes muscle pain, spasm, and stiffness (a sign of a ligament laxity and a weak joint), sometimes with pain going down the legs. These symptoms may persist long after the disc herniation itself has shriveled away because of weakened back ligaments (including the sacro-iliac ligaments) which has not healed. Sometimes these weak ligaments refer pain down the leg, immitating sciatica. Prolotherapy can help stabilize and strengthen the ligaments around these weakened joints to reduce or eliminate pain.